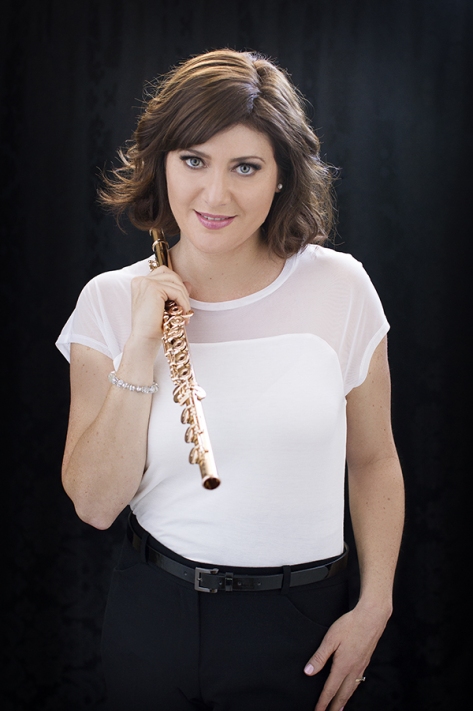 Australian-Swiss flautist Bridget Bolliger was born in Sydney, where she distinguished herself early, studying under Jenny Andrews, Jane Rutter and Vernon Hill and performing the Ibert Flute Concerto with the Sydney Symphony Orchestra at the age of 15.

At 18 Ms Bolliger travelled to Switzerland to study with Peter-Lukas Graf at the Basel Music Academy. For four consecutive years she was awarded the coveted Study Grant of the Migros/Ernst-Göhner Stiftung, while also winning the UBS Flute Competition in Zürich, the Kiefer Hablitzel Award in Bern and a prize at the Swiss Woodwind Competition in St Gallen. She attended masterclasses with Alain Marion, Jean-Pierre Rampal and William Bennett, and played Principal Flute with the Gustav Mahler Youth Orchestra under Claudio Abbado and Vaclav Neumann, the Schleswig Holstein Festival Orchestra under Christoph Eschenbach and the European Community Youth Chamber Orchestra under James Judd.

As a flute teacher and chamber music coach, Bridget Bolliger has tutored and given masterclasses in Switzerland, Brazil and Australia. She has taught at the Jugend Musik Schule (Rorschach) and was assistant to Michel Debost at the Oficina de Música de Curitiba. She has taught at the Sydney Conservatorium of Music, the University of New South Wales and the Sydney Conservatorium High School, and given masterclasses for the New England Conservatorium of Music, the Sydney Flute Society and the Australian Flute Festival.

“Once again flautist Bridget Bolliger played her way into the hearts of music-lovers.”
Zürcher Zeitung

“Bridget Bolliger enchanted the public at the Cathedral of San Lorenzo, distinguishing herself with interpretative grace and delicious virtuosity.”
Rivista di Lugano

“Bridget Bolliger’s playing is rich with light and colour. She delivered the challenging music with warmth and fresh originality.”
Corriere del Ticino

“Bridget Bolliger made a lasting impression with her delicate power. The Andante’s endless melody hovered over the strings like priceless crystal.”
Zürcher Zeitung

“This is a beautiful performance, where flautist Bridget Bolliger especially gets to show off her impressionistic styling.”
Music Web International